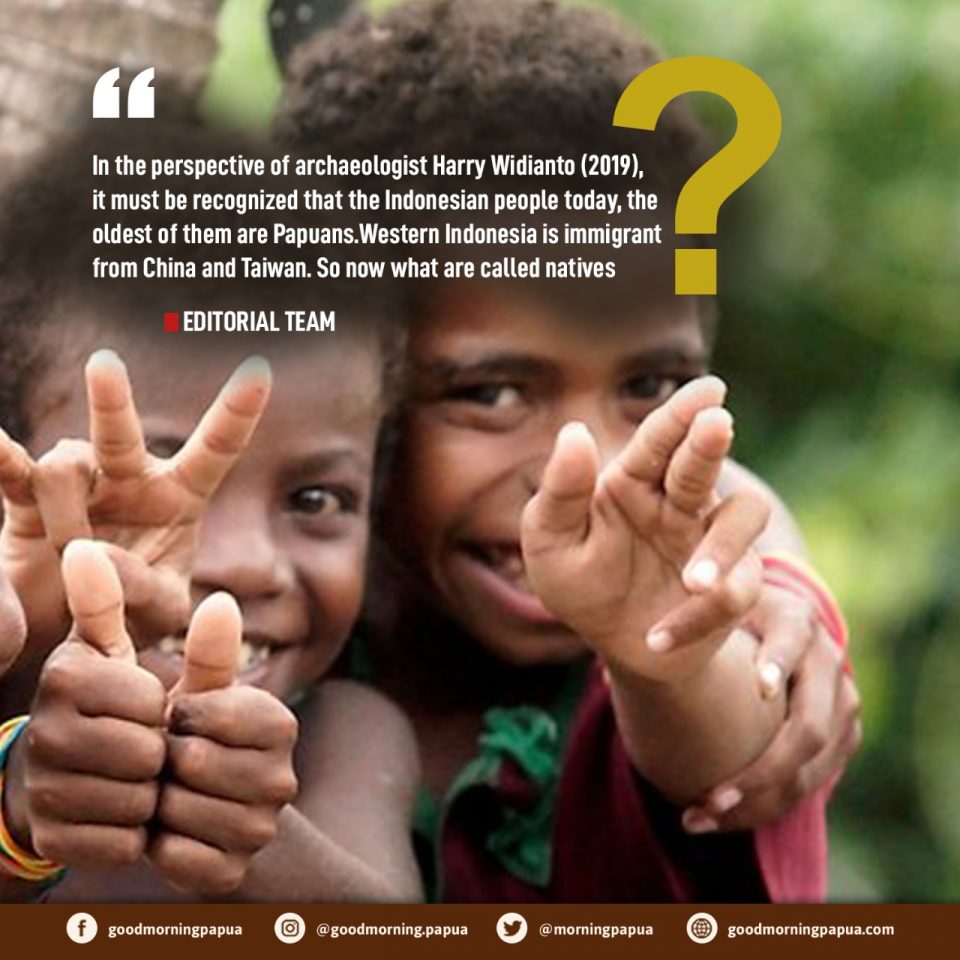 goodmorningpapua.com – The Papuan people are the eldest child of a nation at present occupying the modern territory known as Indonesia. It is because the ancestors of the Papuan people were the oldest who came to the region.

In the perspective of archaeologist Harry Widianto (2019), it must be recognized that the Indonesian people today, the oldest of them are Papuans. Western Indonesia is immigrant from China and Taiwan. So now what are called natives?

It is based on the fact that the ancestors of the Papuan people were the first to come to the archipelago during prehistoric times. It started when the ancestors of modern humans or Homo sapiens left the African continent about 150,000 years ago.

They scattered to eastern Indonesia and settled until their offspring have the same characteristics. They belong to a race known as the Melanesian race.

Meanwhile, most of the tribes in western Indonesia are from the Mongoloid race estimated to have moved from Fujian, which was in modern China about 7,000 years ago. The such group moved to Taiwan and became a large population and from there spread to other areas as far as reaching Indonesia and are now known as the Austronesian ethnic group.

They have the certain namely doing early agriculture and domesticating plants and animals. They were very accomplished sailors, moving from island to island while introducing the agriculture.

At this point, people have to be smart to be able to differentiate between race and ethnicity. Race is based on biological facts, genetics imposed in the body while tribe and ethnicity are the cultural construction.

Therefore, to decide which one of ethnic groups being an Indonesian indigenous is very difficult, because from the biological consideration itself there has been a hybrid.

Humanitarian Relations of Journalists in Papua

A Mystery of Prehistoric Relics Cave on Ugar Island Fakfak