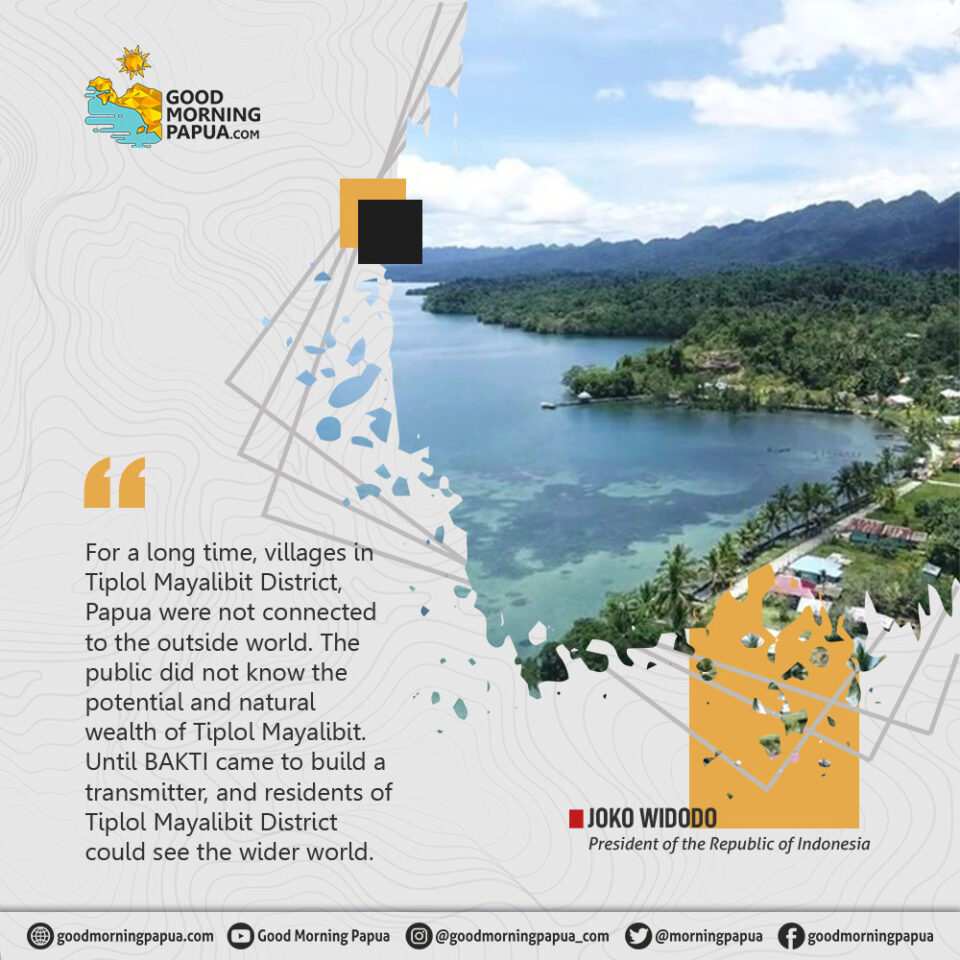 goodmorningpapua.com – President Joko Widodo has just uploaded a video in Papua. The district was declared to be underdeveloped, but netizens misfocused on its beauty.

This is the Tiplol Mayalibit District in Papua. This district is out of reach and still underdeveloped.

In the 1 minute 34 second video, the beauty of the district is still green and very beautiful.

This video actually tells netizens that there are still underdeveloped areas in Papua that are now becoming world literate.

“Everything in Tiplol District is an underdeveloped village,” said Abidin Sukur, the head of Beo Village in the video.

Villagers mentioned that the people in their village had a very difficult to do communication. To just get a telephone network, they must be willing to climb the mountain or to the beach.

Now there is BAKTI from Kominfo which is building a network transmitter there. So that it is easier for villagers to access the internet and see the world.

Netizens in the comments column actually got the wrong focus. Because of the beauty of nature on display, netizens  crowdly wanted healing tours over there.

“Guess” when, Mr. @jokowi transport there can be cheap.. I think healing is fun there,” tweeted a netizen.

“Wow, I want to heal. Wkwkwkwk,” said another account.

Imagine, there are green mountains, blue sea, colorful fish and smiles from Papuans. Who wouldn’t be tempted to come here?

Verry Dwi Irjayanto, Back in Hunting for the PON Gold Medal in the Diving Branch