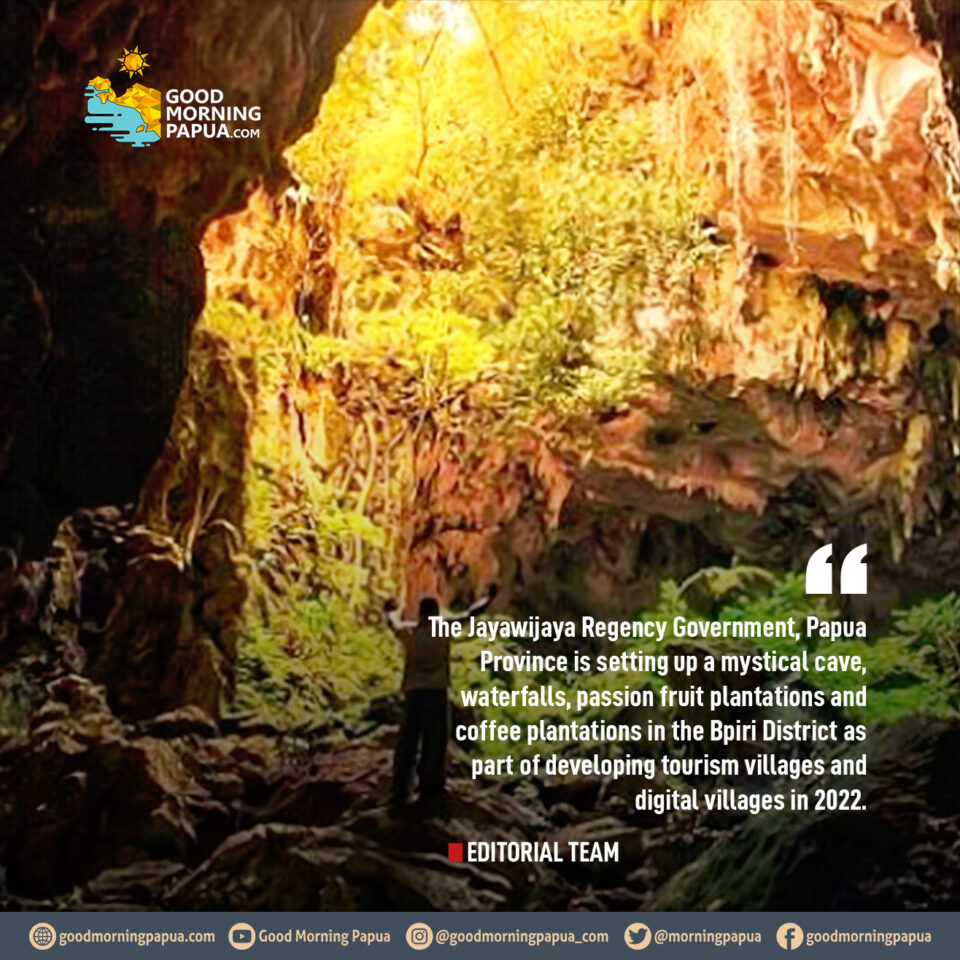 goodmorningpapua.com – The Jayawijaya Regency Government, Papua Province is setting up a mystical cave, waterfalls, passion fruit plantations and coffee plantations in the Bpiri District as part of developing tourism villages and digital villages in 2022.

A Head of Control and Evaluation at the Jayawijaya Regional Development Planning Agency (Bappeda), Rabindra Patasik Megaku, has surveyed the tourism potential located in Walakma Village.

“It is hoped that Walakma Village will become a model for the development of digital villages and tourist villages,” said Rabindra.

The development of tourist villages and digital villages, for him, involves several regional device organizations such as the communications and information technology office as well as the culture and tourism department.

“The Ministry of Communication and Information has a program to increase the capacity of the internet network there, the tourism office intervened by making tourist lodges and the public works department intervened on road access,” he said.

As stated by him, the tourism potential, which to be developed and utilized digitally by publishing using an e-commerce system, has the support of the director general of infrastructure at the Ministry of Disadvantaged Regions.

In general, it is not only Walakma Village being pushed to become a tourist village and a digital village because several villages are still in the survey and assessment stage regarding the existing tourism potential.

“Besides Walakma, the development of tourist and digital villages is also targeting several tourist objects in several places such as in Kurulu, Asotipo, Pisugi and Usilimo,” he concluded.

Being Closer to the Best Coffee from Papua’s Bintang Mountains

Berau Bay in Papua Is Very Beautiful, but Sadly Being Stained by Garbage Masks

6 of The Most Beautiful Tourism Destinations in Papua, Really Being Lovely, Making You Fascinated

The Tradition of Cutting the Fingers of the Dani Tribe of Papua, Some Use Axes until Being Bitten to Breaks