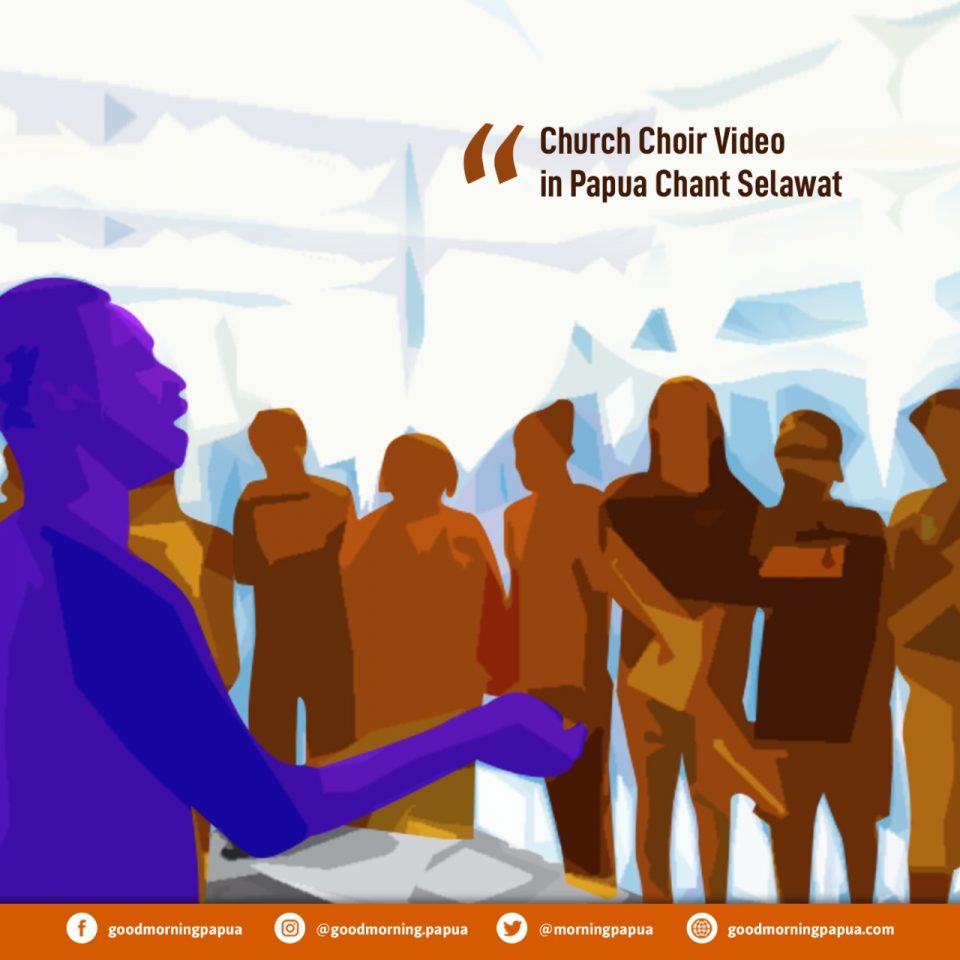 goodmorningpapua.com – The video of a church choir group in Papua chanting Sholawat Badar gets viral on social media. The voice of this young people group sounds melodious and tranquil accompanied by beautiful music. The video uploaded by the Instagram account @jambildimana also has attention from netizens. Only five hours of the video has been uploaded, many have watched it and have responded positively.

Ivideo, which lasts 3 minutes and 22 seconds, appears that more than 20 men and women stand in a march. They were guided by a man with an organ musical instrument. Then he opened it with music firstly, and began to recite Sholawat Badar fluently. The chant was then followed by the choir participants who became the backing vocals.

After that, the young men and women also sang Sholawat Badar. The combination of their voices and the music that sounds beautiful and serene, make the listeners feel cool. Moreover, the persons singging this song are young people from the church choir in Papua. However, the caption did not clarify exactly where the video was recorded.

Health Development in Papua and West Papua Gets Improving

Arrangement of RUED, ​​Provincial Government of Papua: Basic Energy Needs are Starting to Be Calculated

Field Assistants Youth for Indigenous Papuans Must Be Digitally Literate