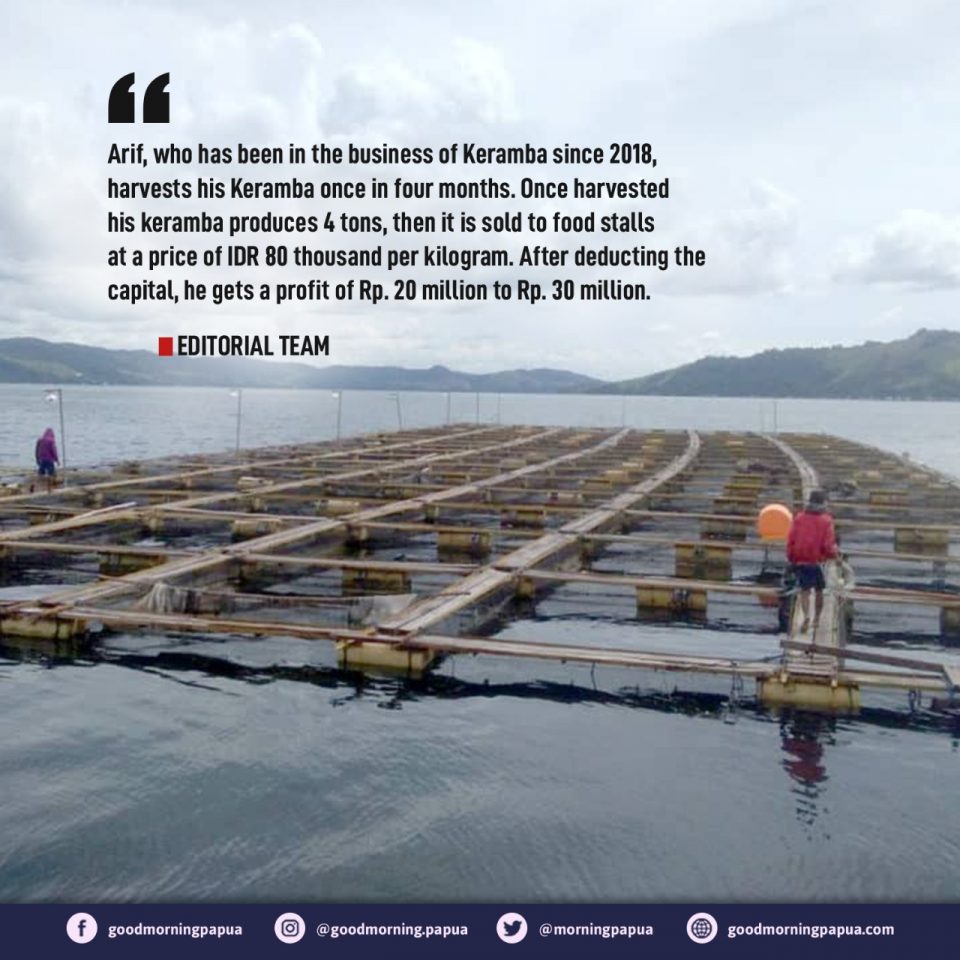 goodmorningpapua.com. – An entrepreneur of tilapia fish Keramba (fish cage) at Lake Sentani, Jayapura, Papua, Arif said that having business of tilapia fish is very profitable, because of once harvest it can generate profits of IDR 30 million.

“The potential is  good enough for business, because of there are  somewhat a lot of tilapia fish lovers in Jayapura, Papua, especially food stalls, usually five to six stalls at a time,” said Arif.

Arif, who has been in the business of Keramba since 2018, harvests his Keramba once in four months. Once harvested his keramba produces 4 tons, then it is sold to food stalls at a price of IDR 80 thousand per kilogram. After deducting the capital, he gets a profit of Rp. 20 million to Rp. 30 million.

“For the gross income it can be up to Rp. 40 million, and it has not been deducted by buying feed, gasoline, renting lo. Arif opened this business gradually by spending a total capital of Rp. 500 million. This capital includes for making a Keramba with a size of 40 meters x 12 meters. Then renting a location for Rp.65 million per year, buying fish feed, fish seeds, and paying workers, kasi and employee salaries, “he said.

“I am building gradually, slowly, with a debt, with something we take from the bank,” he said.

It took eight months to one year for building his chariot until it is what it is today. When he started the business he built five plots. After he got the additional capital, he added it again so that now it has grown to 30 plots.

“If it was built simultaneously we don’t have money immediately, where would we take the capital from?,” he said.

The operational cost, said Arif, is Rp. 5 million to Rp. 6 million per month for paying workers’ salaries and buying gasoline, for buying fish seeds in Koya and delivering fish orders.

The problems faced in the Keramba business, said Arif, are pests and people tearing the nets to steal fish.

Papua Continues to Boost Vaccination, Coordination with Regions is Promoted