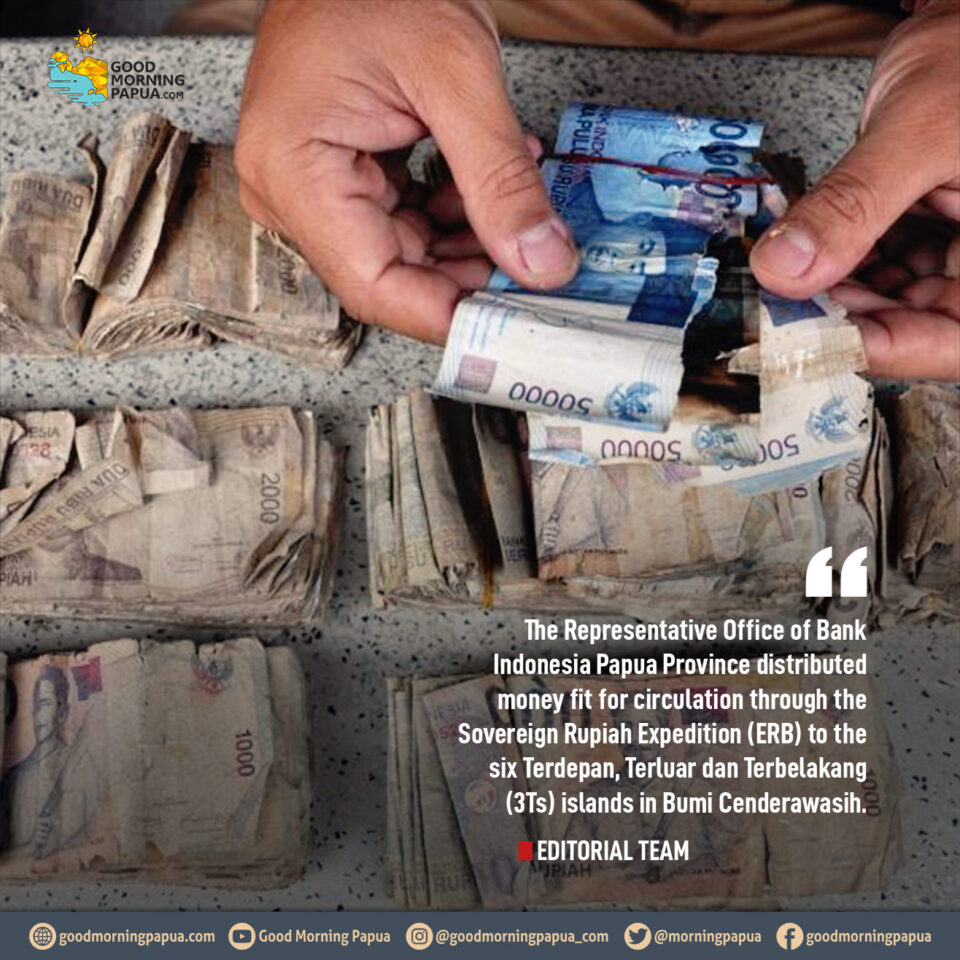 A Head of KPw Bank Indonesia Papua Province Juli Budi Winantya in Jayapura, Monday (20/6/2022), said this activity in 2022 was the ninth time done. “With the ERB, we want to ensure that the rupiah is in all regions of the Republic of Indonesia,” he said.

According to Juli, the money disbursed is expected to be sufficient to meet the needs of the six islands, namely Liki, Teba, Waropen, Yapen, Numfor and Bepondi. In addition to the distribution of money fit for circulation, worn out money can be withdrawn back to BI.

“Besides, we also conduct education on Cinta Proud Paham Rupiah (CBPR), so that people will be proud as citizens of using rupiah,” said Juli.

He explained that the presence of money fit for circulation is also an education so that people can see the characteristics of the authenticity of rupiah currency. “The ERB in Papua Province was attended by 15 Rupiah fighters from a number of representative offices of Bank Indonesia in Indonesia,” said Juli.

PON of Papua, a Momentum to Put Aside a Difference

School of Nature: A Solution for Nurturing of Children’s Character in Merauke

3,200 ASN Needed to Run Government in 3 New Provinces in Papua

BKKBN Papua Stunting Reconciliation Has Target 15.5% for the Next Three Years

Traces of Pearls from Papua in Persib Bandung