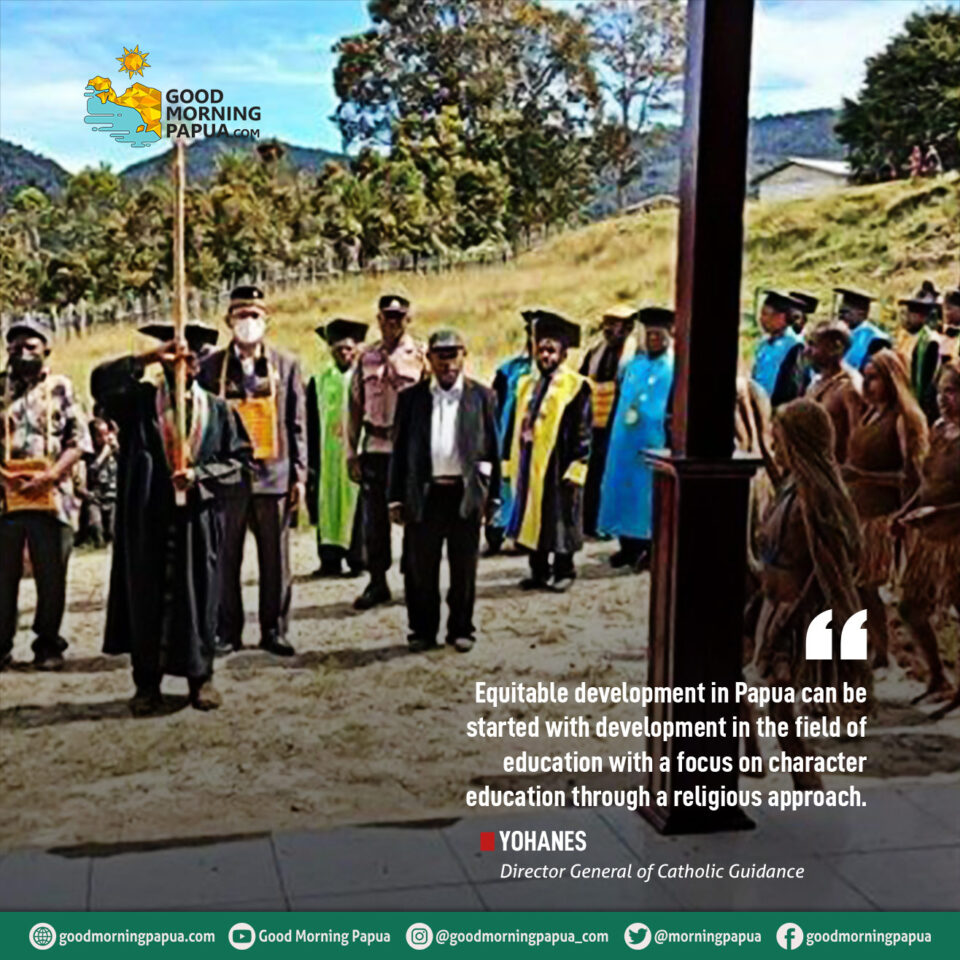 The area was once part of Paniai Regency. To get to Deiyai, it ​​can be reached by air travel via Nabire and continue the road trip for approximately 6 hours by car. In Deiyai, the Awedabi Catholic High School (SMAK) was established.

According to Director General Yohanes, the presence of this school is a form of the state’s presence in equitable development in the field of education.

“Equitable development in Papua can be started with development in the field of education with a focus on character education through a religious approach,” said Director General of Catholic Guidance, Yohanes in his statement, Monday (11/8/2021).

In his speech, Yohanes gave a message that the bachelors of this college are people who are academically and personally deemed worthy and capable of carrying out the task of educating and providing enlightenment to the community.

The presence of this college in the land of Deiyai ​​is expected to be able to become a mouthpiece and role model for the religious moderation movement.

According to Yohanes, the Papuan community can strengthen religious moderation, one of which is by improving the quality of religious education so that it is hoped that the Catholic community will understand the values ​​of diversity in the Unitary State of the Republic of Indonesia.

Being Closer to an Uncen Museum of Papua

The Kapotar Island in Papua, from the Banana Phenomenon Facing Upward until the Breaking of Customs